What do you do when you when your 15 year old daughter makes a new friend, and suddenly goes from being close with her Mom, to destructive behavior and a disrespectful attitude? 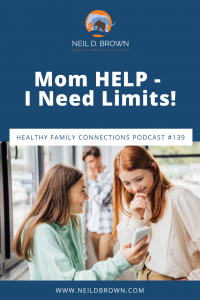 My 15 year old daughter started hanging out with a new best friend about 10 months ago. Since then her behaviour has taken a downward spiral. She also became more secretive and engaging in inappropriate behaviours including sneaking out, drinking and sending inappropriate pictures to boys. Her grades have also dropped and her attitude and lack of respect towards me have reached a point of extreme concern. She has recently been diagnosed with ADHD but is not totally on board with taking medication to help her focus. Previously our relationship was very close and she confided in me about everything going on in her life. She doesn’t seem to understand the pain she is causing to myself and those around her. I am at my wits end knowing how to deal with this.

Thanks for your question Marijka, I hear you loud and clear. For the last 10 months your daughter has been in declining functionality. Her lack of commitment to her school responsibilities and her engagement with destructive behaviors such as drinking, sneaking out and doing God knows what while she’s out, sexting, and disrespectful attitude towards her mother. This says one thing, HELP!! I need limits!!

What Your Teen Is Going Through

Your daughter is crying out for you to be an effective empowered parent and set limits with her. I know, I know. When you set limits and rules, she breaks them, sneaks out and you wonder, what can I do now?

Well, it would have been a heck of a lot easier that as soon as you saw your daughter backing off on her school effort, being disrespectful, and engaging in self-destructive behavior, you had put some guard rails in place, set some limits, offered support, and let her know that you expect her best, that her best is excellent, and that if her ADHD is making school and growing up more difficult, you’ll help her or find resources that can help her. Yes, Marijka, her behavior is hurting you, but more importantly, her behavior is hurting her.

Let’s look at the bigger picture here of what it means to be a 15 year old. Think of adolescence as a journey for independence, starting at age 13, and the journey reaching a major milestone at age 18 when high school is complete, but then the final stage of the adolescent journey ending about age 24. Young adulthood is the final stage of adolescence because that is when human neural development is complete and young adults still often require significant financial support, emotional support, and parental guidance.

Young adulthood is the final stage of adolescence because that is when human neural development is complete. Young adults still often require significant financial support, emotional support, and parental guidance.Click To Tweet

So at 12, even 13 and 14 Marijka, your daughter was very connected to you as her primary personal and social support. She was still very close to her childhood as she was starting her journey. Now at 15, she started to move away from Mom and over to peer support, completely normal. Unfortunately, she didn’t have a strong enough positive identity or strong enough self-esteem to take those steps to greater independence in a positive way, in a self-valuing way.

Maybe her ADHD was an issue and as school became more difficult, she felt more defeated and unable to compete. I’m certain there are other issues. While her friend choice is a problem, her friend choice was more a symptom of a problem than the cause of it. Yes, teens are very influenced by their peer group so if your daughter is being negatively influenced now by her friend, one thing we are going to want for her is to get involved in pro-social activities where she will interact with other youth doing positive activities.

Teens are very influenced by their peer group. If your teen is being negatively influenced now by a friend, one thing you're going to want is to get them involved in pro-social activities where they will interact with other youth doing positive activities.Click To Tweet

I would add that 15 is an important age in adolescent development. At 13 and 14, youth are still pretty close to their childhood years and they are taking baby steps towards social independence. They are still very dependent on family and parental support. 16- and 17-year-olds are often sobered by their awareness of high school ending in a year or two and they have to get serious about what is happening next in their lives.

15-year-olds are in the middle between very young teens, and teens on their way to young adulthood. They have more mature bodies, are more mobile, have more confidence in the teen world and, if they are less attached to family support, more attached to peer support, and aren’t yet concerned about their future and have low self-esteem and not a strong positive identity. That can be a formula for trouble, and Marijka, in your daughter’s case, we definitely have trouble.

Setting Limits With Your Teen

So now, after 10 months of decline, how are you going to set effective limits for your daughter?

Let’s get a few principles in place for setting limits.

Here is the way a talk with her could go and I’ll call your daughter Lena.

Lena it’s time for us to have a very important talk. Things have been going in a very negative direction for the last 10 months. Your attitude and your behavior have gone from positive to negative; sneaking out, drinking, sexting and not doing your best in school are behaviors that are not worthy of you. I hope you know, and I certainly know, that you’re a wonderful, beautiful girl. You’re smart and you’re capable, but you’re not using your intelligence or your capabilities right now. That’s not acceptable. You know I haven’t been happy with these behaviors, but I haven’t taken any action to communicate to you that it needs to stop.

It’s important for you to know that going forward the privileges, which are rewards for managing responsibilities and having a good attitude, are going away because you’re not managing your responsibilities and you have a horrible attitude. Cell phone, screen time, unsupervised social time away from school, are all going away for the immediate future.

Right now if you want to spend time with any friends, you can ask, and if you are starting to change your behavior, I’ll allow your friends to come here and you can meet with them at the house. You’ll earn the privilege of unsupervised time with friends when you’re really clear about what is appropriate and healthy behavior and what is not appropriate, not healthy, and not acceptable.

I need you to get clear about where you are on each one of your classes; which ones you’re behind on and have work to do or catch up on, what assignments are coming due and how to get yourself refocused on your schoolwork as a priority.

What’s going on right now, what you’re doing is not making you proud of yourself. It’s not growing your self-esteem, it isn’t growing your skills, and it’s not helping you grow up and prepare for your young adulthood. I have complete faith that your best is fabulous and that you can and will re-earn privileges. When you bring your best, when you get your attitude moving in the right direction and it's out of my hands; that belongs entirely up to you.

Do you get the idea Marijka? Your message has to be strong and positive. Right now it doesn’t sound to me like you feel strong or positive, so you’re going to need some help. Counseling is definitely in order so you’ll need to find a counselor that will help you and your daughter. It’s not going to be enough to just send your daughter off to one-on-one therapy and hope that that changes her. It’s going to require that both of you go together so that you can reestablish your positive relationship and support accountability to your expectations.

It may very well require that she go to individual sessions to help her deal with whatever issues are going on with her, issues that are driving negative behavior and keeping her from feeling good about herself. Counseling can help her get some emotional skills to manage anxiety, fear of failure, and grow her self-esteem. If she is using her therapy well, it can help her with understanding ADHD and how to deal with it.

So parents, and folks who work with teens and families: when kids veer off of a positive path forward, and are chronically involving themselves in destructive choices, we need to know they are asking for help, begging us to set limits that they aren’t able to set for themselves yet. Setting those limits isn’t punishment, it’s helping them know that we’re there for them. Let’s not let them down.

Thank you Marijka for offering up your situation and your question.

If you are a therapist who works in a behavioral health treatment program and would like to talk with me about improving outcomes in your program, come on over to my website neildbrown.com and shoot me an email or give me a call. I’ll be happy to talk with you.

Please, take care of yourselves; you need it, you deserve it, you’re worth it. Bye for now.