How Do You Set Limits With A Depressed Teenager?

How should a therapist advise parents to set limits with their non-compliant depressed teenager? We’ll talk about this and a whole lot more on this week’s podcast, How Do You Set Limits With A Depressed Teenager?

Today we’re answering a question from Elise, a therapist in the Chicago area and Elise writes:

I’m a psychologist working with a family and have been using your course with the parents.  The concern is with their son, a somewhat depressed, 16 year old who gets by in school with grades mixed from A’s to D’s and what he mostly does is play video games.  Parents are unable to get him to take responsibility for his behavior; eating what he wants when he wants, not with the family, not cleaning his room or doing any chores, minimal school participation, barely leaves the house, not showering.  He watches a lot of video on his screens, phone and computer or plays games.  We are getting ready to have The Talk, but parents don’t know what the privileges they can confiscate at this point.  He needs his computer for school and he claims he needs his phone to get information to connect with other students regarding assignments.  Also, parents are concerned that he’s depressed and if they take his access to the world away, with home learning and not being a social kid, if they do take things away, what happens then?

They have stopped fighting with him and they report that has made things better, but he still is not moving on issues that concern them, namely, being responsive to their requests, eating right and coming to dinner, and doing his best in school.   Another therapist is working with this teen individually and they report he is depressed and doesn’t see the point in doing his best. The therapist has a good relationship with him, but he complains that no matter what he does, his parents will only want more, so he’s just going to do what he thinks is important.  Have you dealt with this issue before and how do you handle it?

Now to our therapist’s question:

What a terrific question you offer up and I’m thrilled to answer it. And thanks for using the Ending the Parent Teen Control Battle course to help this family.

Yes this is very common; many kids are suffering with the social isolation of the pandemic, particularly shy or introverted kids who aren’t using initiative to connect with peers. So the common 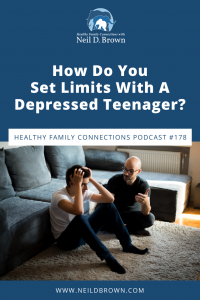 way, particularly for boys, is social video gaming. Parents are concerned about taking away the one thing that seems to be their lifeline to social engagement. Also, they need their computers for school so they can’t take that away.  That leaves the parents with seemingly no leverage.

Elise, only a part of this is about privileges.   The essence of this model is about healthy family interactions and boundaries.  For instance, who is responsible for our 16 year-Old’s happiness, parents or youth?  It won’t do for his happiness to be in parental hands. For this you can have the parents review the part on happiness and success as well as in the part about the 3 Beast Feeding behaviors.  The behavior that is Over-Focusing on the Other Person is a beast feeding behavior they can change.

Your clients are trying to manage their son’s behavior and manage his feelings.  They want him to change his behavior without him feeling bad or having his depression get worse.  This is really common with parents of kids suffering from depression.

The fact that their kid is depressed immobilizes many parents and keeps them from holding their son or daughter accountable.Click To Tweet  It seems to disempower parents from being able to help their kids in a healthy and positive way and that lack of personal empowerment that parents experience gets transferred down to their kids.  Parents become helpless and hopeless, and kids become helpless and hopeless, or maybe it’s the other way around but with parents and kids all feeling that way.  No wonder they’re coming to you.

Let’s address the issue of privileges from the perspective of parental empowerment.  We want parents to feel empowered to bring their benevolent authority to their youth; Benevolent  Parental Authority.  When a Control Battle has developed as it has here Elise, parents feel disempowered instead and confused about how to bring this into their relationship with their youth.  Since our objective is to bring Benevolent Authority, let’s start with the benevolent part since that’s always the best place to start.  That’s where parents derive the moral authority to set and enforce limits.

Kids lack faith in themselves, they have no idea how they’ll get from where they are to successful adulthood. They need the adults in their lives to tell them they’re on the right track and are doing fine.Click To TweetOr that they are off the track, but not to worry, because we’ll help them get back on the right track and then they will do fine.

Once you’ve helped them get out of fear and anxiety, you can help them make the big switch out of disempowered to empowered. Click To Tweet

With situations like this where kids are passively non-compliant, the simplest thing to do is take a strong action, of course not switching to anger, simply doing what needs to be done to create engagement.  In this case, turn off the Internet.  That will of course get his attention and then with all the positivity in the world, parents can say, yes we turned it off so that we can have some uninterrupted conversation.  Then they can have the Talk.  The Talk will acknowledge the following;

So, before unsupervised internet comes back, you would like to see that:

Now I realize that he needs to have the Internet on for him to go to school and do his work.  Without knowing this particular kid or his situation, parents can turn off the Internet at a certain hour until they see a change in behavior and attitude and or take his phone.  It doesn’t need to be extreme.  He’s going to school, he’s seeing a therapist, so things are somewhat functional, and in these cases, focusing on changing the tone from stressed, anxious, angry and negative to confident and positive, and then taking some action in the area of setting limits can produce a minor miracle.

So parents and therapists, key for so many of us to be effective with our children and teenagers is to have the confidence, that if we are acting in good faith, with compassion and respect, that our kids will experience that and whether they’re happy with a decision or not, will accept it and benefit from it.

Thanks for tuning in today's listener and special thanks to you Dr. Elise. Let me know how you and your family make out.

I do hope that this year finds you safe and vaccinated. It is starting to feel like there’s a light at the end of the tunnel so in the meantime, let’s all mask up, socially distance and take care of yourself.

You know you need it, with all you do you certainly you deserve it, and you know something else, you’re worth it. Bye for now.